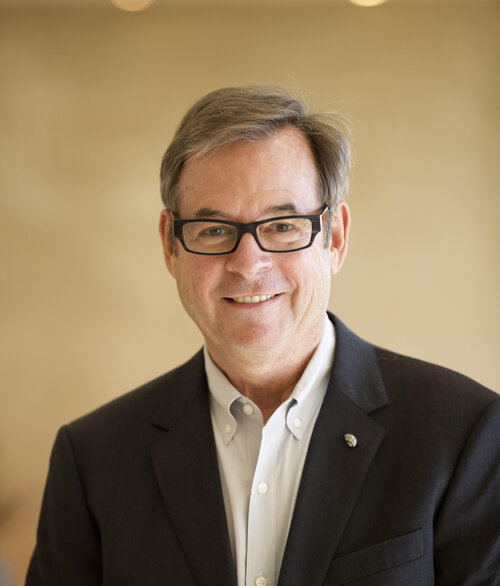 This Saturday, we would like to introduce Dr. Richar Huganir. Richard Huganir is a professor of neuroscience, psychological, and brain science at Johns Hopkins University school of medicine. He is also the Chair of the SRF Scientific Advisory Board.  He was inquisitive in how the nervous system works since he was in second grade. In high school, he attempted to replicate an experiment to determine the role of protein synthesis in learning and memory he had read about on Scientific American. He was able to train his experimental subjects --Goldfish to escape light to avoid getting electrical shocks, but unable to obtain Puromycin, an antibiotic that inhibits protein synthesis to use on his Goldfish to complete the remaining part of the experiment because of his young age.

Dr. Huganir continues to pursue his interest in science in college and graduate school. In his early years of research, he studied synaptic transmission on nicotinic acetylcholine receptors, but his ultimate interest is in the synaptic transmission, function, and plasticity in the central nervous system. After he became an associate professor at Johns Hopkin in 1988, his research began to shift to excitatory and inhibitory receptors in the central nervous system, such GABA receptors and Glutamate receptors, more specifically NMDA and AMPA receptors. SynGAP is then discovered as a protein that is part of the NMDA receptor complex that modulates function of the excitatory synapses.

He identified SynGAP as a gene in 1998 that encodes for proteins involved in synaptic function in the brain. Since then, he discovered how SynGAP and its different isoforms regulate synaptic plasticity and learning in the brain. His laboratory focuses on studying the molecular mechanism of various neurotransmitters and receptors and how they work intricately in synaptic transmission. The highlights of research on the SynGAP 1 gene is summarized in Dr. Huganir’s latest review: Twenty years of SynGAP research: From Synapses to Cognition. SynGAP protein’s structure, expression, localization, biochemical function and its role in synaptic plasticity, intellectual deficit, its correlation to autism spectrum disorder, and schizophrenia were discussed.

Dr. Huganir and his team continue to study the basic biology of SynGAP but also examine how human mutations in SynGAP regulate physiology and behavior by generating mouse models of SynGAP related disorders. Furthermore, his laboratory is actively working on potential therapeutic approaches to treat SynGAP related disorders.  One of SRF’s first and largest grants is to the Huganir lab. Members of SynGAP Research Fund are honored to interview a pioneer in SynGAP research.

1. Can you tell us a little about you and how did you get interested in SynGAP mutation in the first place?

I have been interested in the mechanisms of learning memory for my whole career. My lab has studied how synapses in the brain work and how they are changed during learning to encode memories. We have identified many proteins and genes that are critical for synapse function and learning and memory. My lab identified SynGAP in 1998 as a protein involved in synapse function in the brain and with other labs across the world have shown over the years that it is critical for learning in mice.


2. What are the highlights of your research recently?

Identifying how SynGAP is regulated by learning and discovering the details of how SynGAP regulates synapse function. In the early 2000s we deleted the SynGAP gene in mice and found that mice having 50% of SynGAP had severe deficits in synapse function. These mice also have learning and memory deficits, are hyperactive, have repetitive behaviors and also have epilepsy. Remarkably this mouse is now an animal model for kids with SynGAP mutations. We have begun to make mice that have human mutations to better model how mutations in SynGAP regulate synapses and behavior.

3. What are the obstacles if any with your research?

I have a pretty big lab and we work on many projects in the lab related to learning and memory in addition to our SynGAP projects. Funding a big lab like this is always a challenge and we have to continuously write grants to keep the lab going.

4.  What are you most excited relates to SynGAP research in the near future?