Understanding your genetic report with Syngap1, a rare disease 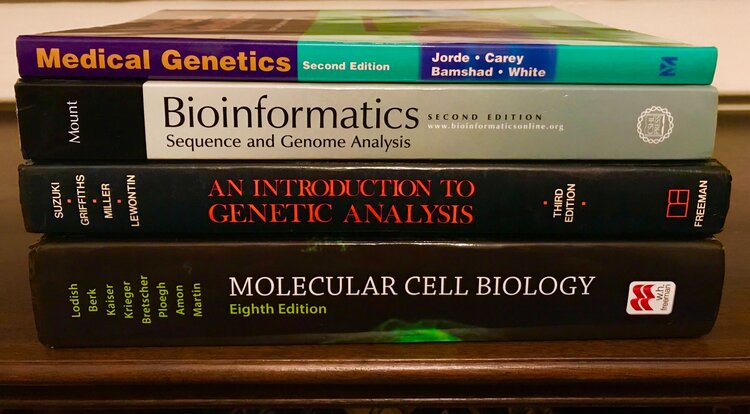 When you get your genetic report, emotions run high, and questions abound. If you love someone with a Syngap1 diagnosis, you know enough already. Caring for you Syngapian does not require you to have deep knowledge about the DNA alteration and resulting protein change in Syngap1. But if you are curious, and want to understand the information in your genetic report, it can be frustrating to read because genetic reports are full of jargon. Your primary source for information is your genetic counselor and geneticist. If you listened to them, and still have questions, this document might help.

We will go over several different types of Syngap1 findings to explain information in your genetic report. You may read this entire document, but an easier strategy is to scan the nomenclature in bold in the four examples below for something similar to the finding in your report. The numbers will most likely be different, but the explanation of the letters and symbols might help you.

The genetic test reads and reports on changes in the DNA (inherited, stable material in every cell, made of bases, with positions like 6p21.32). Reading the DNA change is often not helpful by itself, because no one knows all the DNA locations and their significance. The protein change (or RNA change, if there is not a protein listed) is the most straightforward way to understand the effect of the mutation. First, we must say that this is a PREDICTED protein change. Based on what is known about how DNA encodes proteins, predicted protein information is usually accurate.

The Syngap1 gene codes for the Syngap1 protein, which is 1,343 amino acids long. Mutations in the Syngap1 DNA that change or delete amino acids from the protein, or that change the amount of protein found in cells, may cause symptoms. When an RNA change only is described, it usually creates a splice change. A splice mutation would result in incorrect RNA editing, resulting in altered protein or in less protein produced. For all the patients diagnosed with Syngap1, the working hypothesis is that a mutation “breaks” one copy of the Syngap1 gene, and the amount of protein coming from the unbroken copy is not enough to work properly. So the symptoms seen are thought to be from not enough Syngap1 protein. When one working copy of a gene is not enough to carry out the role that both copies typically carry out, it is called “haploinsufficiency”.

Each of the four examples below came from a genetic report. The words in parenthesis are to help explain the report, as are the paragraphs after the report information.

Gene Symbol: SYNGAP1 (This is our gene.)

Gene Inheritance: Autosomal (on Chromosome 1–22, not X or Y)

Dominant (one copy of the mutation causes symptoms)

Characterized/Novel: Characterized (means the gene has been studied, not the exact mutation described in this report)

Protein Change: p. R234Vfs*18 This will be discussed below

Nucleotide Change: 698_699dupGT The bases GT at position 698, 699 are duplicated. If three bases are inserted, one new amino acid is inserted in the protein. If one or two bases are inserted (or any number not divisible by three), the code is disrupted at the insertion and a frameshift occurs. The result of the frameshift is the wrong amino acids and a stop.

Genotype: Heterozygous (only one of the two copies of the Syngap1 gene is

Alteration type: Frameshift (fs) (the instructions contain a mistake that shifts the RNA instructions into the wrong frame for coding)

Gene Overlap: Positive (this genetic alteration is in the gene, not just near it)

p.R234Vfs*18 This is a dense shorthand for the following: In the predicted protein (p.) the amino acid called Arginine (R) at position 234 has been changed to a Valine (V). In addition there is a frameshift (fs) that causes 18 new and different amino acids to be attached to the protein at that point, ending in a stop (*). This ends the dense information above. But, we also know the following:

The full-length Syngap protein is 1343 amino acids. The shortened predicted protein may or may not be stable (probably not) and results in haploinsufficiency. That is, there is one good copy of the Syngap gene, and that is not enough to have full function. So this mutation explains the symptoms seen.

Zygosity: Heterozygous (only one of the two copies of the Syngap1 gene is broken)

Mode of Inheritance: Autosomal (on Chromosome 1–22, not X or Y) Dominant (one copy of the mutation causes symptoms)

Variant inheritance: de novo (not present in mom or dad)

p.Cys599Trp: In the predicted protein (p.) the amino acid at position 599 is usually a Cysteine (Cys) and has been changed to a Tryptophan (Trp).

Incidentally, by looking at alignments of Syngap proteins from different species, we know that Position 599 is within a domain that is highly conserved in all RasGAP domains, and mouse and zebrafish Syngap proteins have an evolutionary conservation of that Cysteine. This small alteration may cause all the symptoms seen.

Zygosity: Heterozygous (only one of the two copies of the Syngap1 gene is

Inheritance: A Autosomal (on Chromosome 1–22, not X or Y) D Dominant (one copy of the mutation causes symptoms)

Parental Origin: de novo (not from either parent, a new mutation)

c.190–2A>G “A heterozygous de novo pathogenic variant was identified in the consensus splicing site at intron 2 of the SYNGAP1 gene.”

Explanation: Our DNA encodes genes in small interrupted segments. The segments that contain protein coding information are called exons. The segments that interrupt are called introns. After RNA is made from the DNA, the RNA is processed or edited to remove the introns. The process of removing introns requires “consensus splicing site” information. In this patient, the A at the minus 2 position from 190 (thus in the intron, not at 188 in the exon) is changed to a G. This means that the intron is not spliced out correctly. When this happens, either the RNA is unstable and degraded (leading to haploinsufficiency) or it might try to make protein, be too short and not work or be an unstable protein (leading to haploinsufficiency). So this mutation explains the symptoms seen.

Inheritance: AD: A: Autosomal (on Chromosome 1–22, not X or Y) D: Dominant (one copy of the mutation causes symptoms)

Zygosity: Heterozygous (only one of the two copies of the Syngap1 gene is broken)

From the report: “A de novo heterozygous pathogenic variant was identified in exon 9 of the SYNGAP1 gene.”

“This nonsense variant occurs in exon 9 out of 19 exons. The variant … is predicted to result in a loss of function either through truncations of the endcoded protein or nonsense-mediated mRNA decay. A different truncating variant in exon9 has also been reported in the ClinVar database as pathogenic by GeneDx.”

Variation of Uncertain Significance: Why is there uncertainty? Because scientists don’t know everything yet!

How could “uncertain” change to “likely pathogenic”? When similar variants are found with similar symptoms, certainty grows.

Likely Pathogenic: what if I don’t know if my child has Syngap? Should I join the Simons Searchlight SynGap1 registry? YES! The registry needs as much information as possible, so upload your genetic report, answer the questions, and more knowledge will lead to greater accuracies in diagnoses.

The National Institutes of Health (US) genetics primer.

Does My SYNGAP1 Child Have Autism? 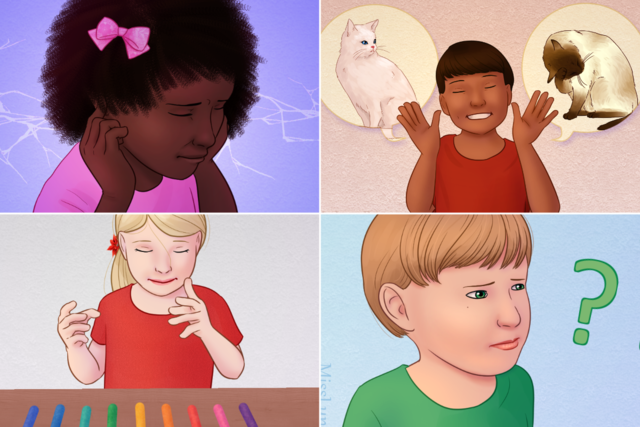 Is my child’s SYNGAP1 variant going to be researched?

How many people have SYNGAP1? The #SyngapCensus 2Q21 says at least 808 worldwide 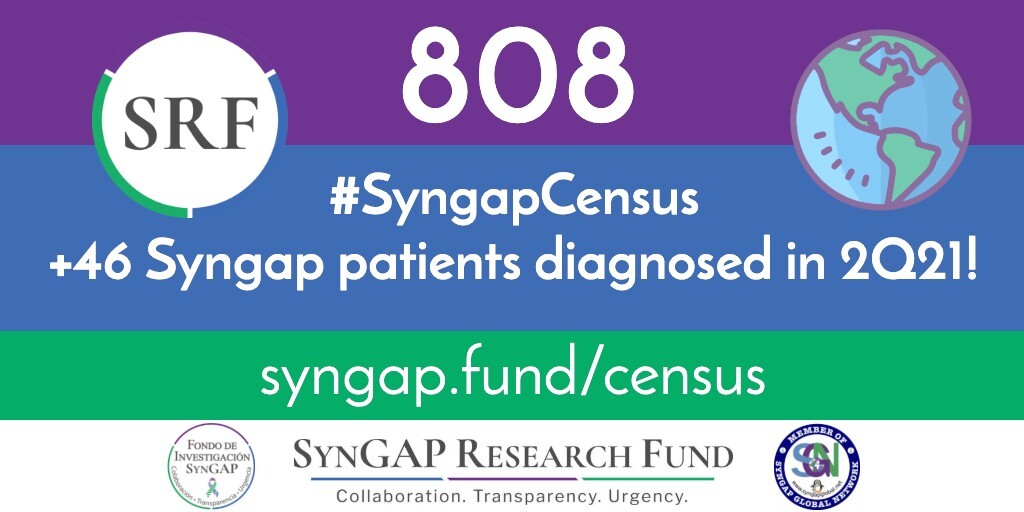